spooky was our favorite word of the season.  there were spooky pumpkins, and spooky houses, and spooky monsters on t-shirts.  most of which were not spooky at all, but adorable and sweet and little kiddie halloweeny... but it sure was darn cute when he called everything spooky.

his costume was all but spooky.  i decided last year that until asher can tell me what he wants to be for halloween, i will make him be what i want him to be... there will be plenty of years of weapon yielding and cape wearing and scary creepy costumes to come.  here's to hoping he never realizes most kids pick costumes out on their own. 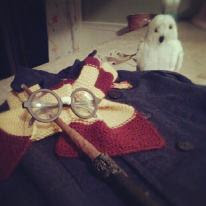 this year, he would be harry potter.  asher watches harry potter with me while i fold laundry, and loves to look at the dvd cases.  he may have no idea why harry potter is so cool, and hasn't come anywhere close to falling in love with the books, but those days will come.  i dream of the day i can hand him book 1, and watch him pour over it, swept into the fantasy land just like i was.  i will stalk him for years, anxiously awaiting the day he turns the final page on book 7.  and then i will make him discuss every last detail of the books with me, and he will wish that his mom wasn't a crazy nerdy harry potter fiend... but he will understand, because he has become one too.

we talked the costume up for weeks, and every time we mentioned halloween, he would talk about his "potter clothes".  then they day came.  i put his costume on him... 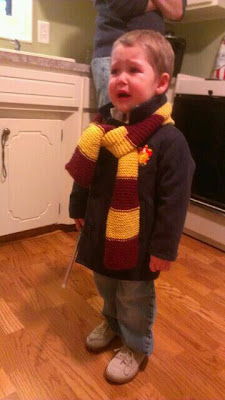 once he realized he was getting candy he started to perk up.  sweet isaiah, son of my first friend i made in college, becky, was with us.  captain america was growing a little tired of harry potter's slow walking, fit throwing, shenanigans 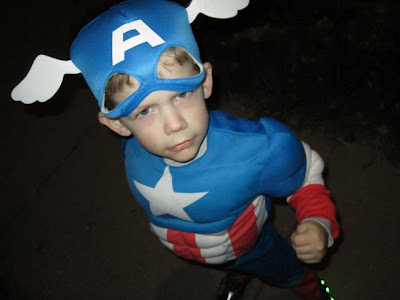 i didn't blame him one bit.  isaiah and i walked hand in hand.  my own son wanted nothing to do with me, and would only talk or touch daddy, and isaiah had clearly chosen his lady for the night leaving his own mama and daddy walking a step behind. he warded off the evil halloween spirits with his shield and huge muscles.

slowly asher warmed up to the costume (because of the copious amounts of chocolate that continued to grow in his candy bag i am sure). 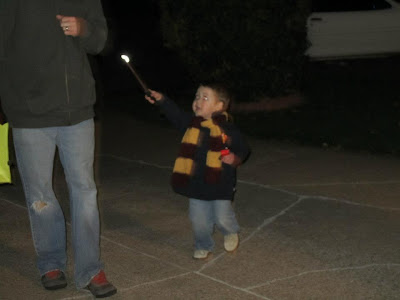 he picked up his wand and tried to cast some spells... 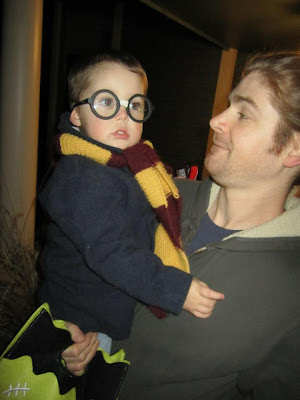 he even put his glasses on. 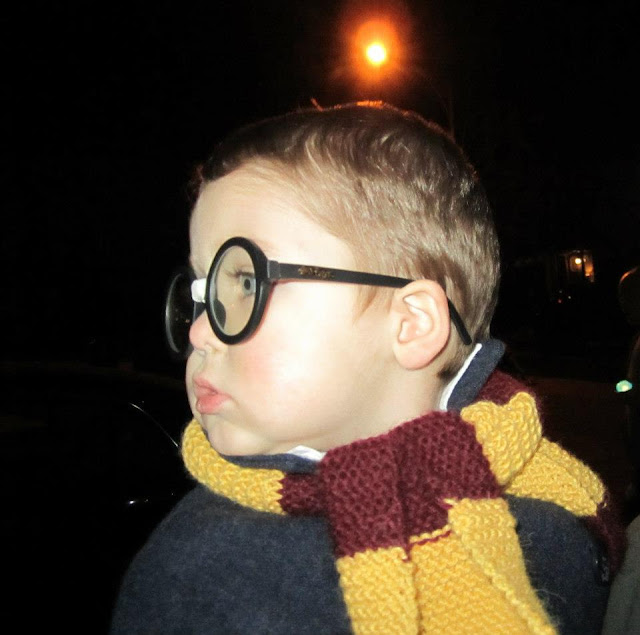 we tried to tell him that he would only get candy if he put his glasses on and said "trick or treat".  it didn't take him long to realize that he got candy no matter what... but he still said "ssthank you" at each and every door. 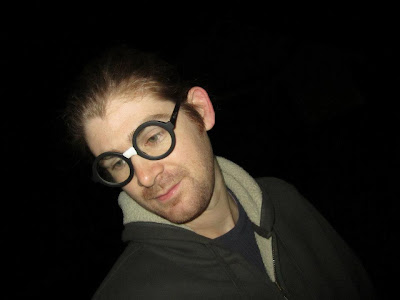 daddy wore the glasses between houses. 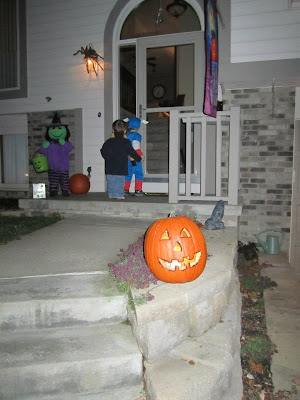 and soon the boys were marching up to houses, hands held, knocking, "trick or treating", and "thank you-ing", all on their own. 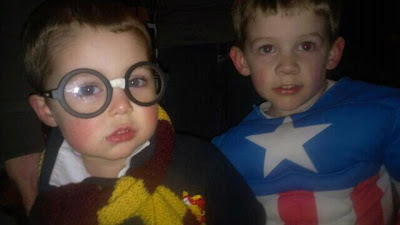 look at them.  becky and i hope they will be buddies, for years and years to come... i think they are off to a pretty good start. happy, funny, silly, sweet, loving, boys that they are. 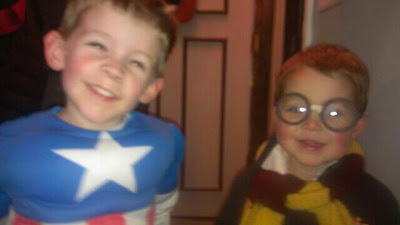 they had some juice, and ate some candy, and hugged each other good night... all were happy and well and sugared up (moms and dads included). 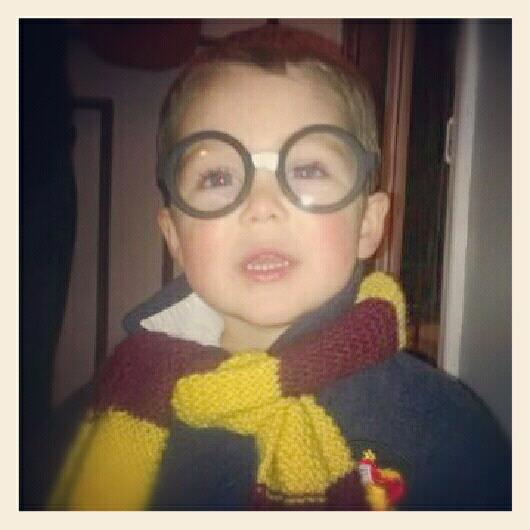